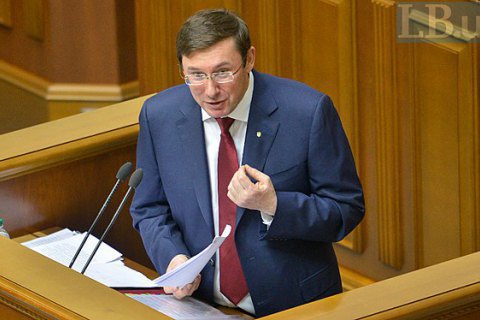 The investigation of the resonant murder of journalist and writer Oles Buzyna is completed, Prosecutor-General Yuriy Lutsenko told the Verkhovna Rada on Wednesday, 24 May.

"After the examinations, the suspects in the Buzyna case have been relegated into the category of the accused. As soon as they get familiarized with the investigation materials, the case will be given over to court," Lutsenko said.

Oles Buzyna, a long-time pro-Moscow critic of Ukrainian government, was killed on 16 April, 2015 in Kyiv in the courtyard of the apartment building he lived in.

The suspected killers Andriy Medvedko and Denys Polishchuk, were detained and jailed on 18 June.

In late 2015, they were placed under house arrest, and subsequently bailed out.