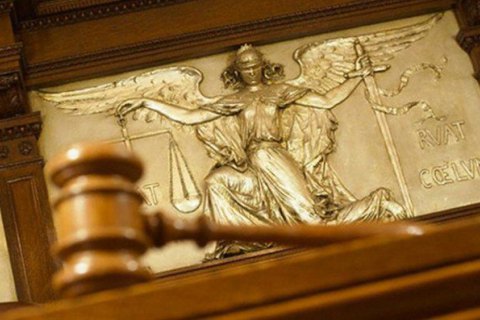 Kyiv's Pechersky District Court on Thursday arrested for two months the former head of the State Tax Administration in Dnipropetrovsk Region Serhiy Shynkarenko with an alternative of a 100mn hryvnya bail, Interfax-Ukraine reported on Thursday, 25 May.

Chief Military Prosecutor's Office earlier stated the belief that Shynkarenko has abused his powers for personal gain and participated in the organization of the functioning of so-called tax sites connected with the ex-minister of revenues and duties of Ukraine, Oleksandr Klymenko.

The investigation believes that the suspect has inflicted 2.341 bn hryvnya in damages to the state.

The PGO said the suspect often travels abroad and may try to take hide in Crimea, where he owns an apartment.

Prosecutors said that the estimated cost of the property owned by the suspect and members of his family runs into 3o0mn hryvnya and has been purchased during his tenure as head of the tax administration in Dnipropetrovsk Region.

By another decision, the Pechersk District Court released the former head of the State Tax Administration in the Autonomous Republic of Crimea Kostyantyn Tsyrkun under a personal obligation. The prosecution has sought Tsyrkun's arrest him for two months with an alternative of posting a 31mn hryvnya bail.

Tsyrkun was released from custody in the courtroom.

26 heads of regional tax administrations during the presidency of Viktor Yanukovych were rounded up in the morning on 24 May. Joint teams of law enforcers conducted about 400 searches in the territory of 15 regions of Ukraine. The detainees were rushed to a Kyiv airport by helicopters.

They all are charged with participating in a massive 96 bn hryvnia extortion and embezzlement scheme.