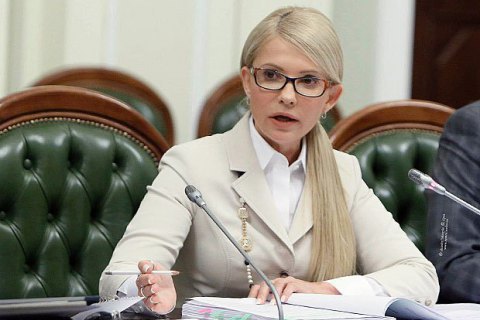 Ukraine needs a profoundly new Constitution, where the interests of society will be a priority, so people will have real levers to control the power, the leader of the Fatherland Yulia Tymoshenko said on the TV channel ZIK.

"Ukraine needs a fundamentally new Constitution, which will be based on the philosophy of prioritizing the decisions of society rather than corrupt authorities," she said.

The lawmaker says that people do not have effective tools for early change of power under the current basic law.

"Are there any other tools to topple this corrupt power except maidans, martyrs, resistance, rebellions? None! Ukrainians just cannot oust corrupt authorities that have lost credibility through referendums or early elections," the politician explained.

Tymoshenko suggested a few clear steps in order for Ukraine not to be a leader in negative world ratings: reboot the clan-based political elites, eliminate the duality of power inherent in the Constitution, and conduct a thorough judicial reform.

"But first and foremost, we need to start with the adoption of a new, completely different Constitution," she stressed.

The leader of the Fatherland is convinced that Ukraine should have parliamentary rule: "The country needs a new government team that will have the political will to break the neck of the clan system."

"After the WWII, the almost ruined Germany was put back on its legs in five years. We can do that even faster," Tymoshenko concluded.