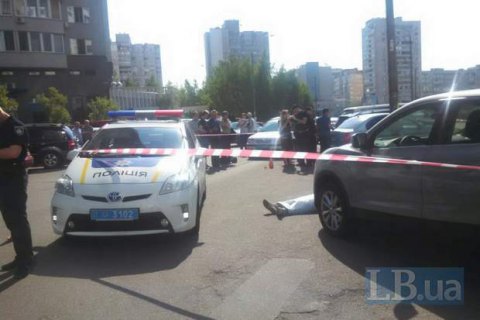 A man was shot dead in Kyiv's Darnytskyy district near the metro station Poznyaky on Tuesday morning. "An eyewitness reported that an unidentified man fired several shots at a man and rushed away. The victim received a deadly gunshot wound in the back," the metropolitan police said in release.

The killer disappeared from the scene in a red Audi. Police announced an interception plan in the capital.

The police confirmed that the victim was an adviser to the head of Ukrspyrt but declined to disclose his name. The UNN agency wrote, however, with a reference to own sources that the victim was Viktor Pankov, a former acting CEO of the state-own distillery company Ukrspyrt.

Ukrspyrt is a monopoly producer of alcohol in Ukraine.