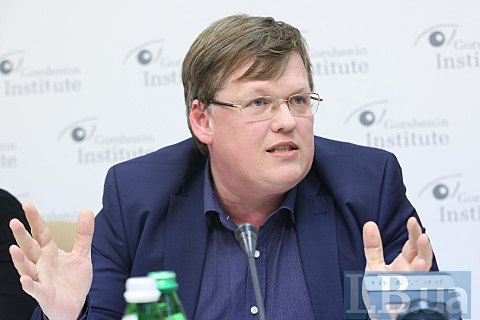 The Vice Prime Minister of Ukraine Pavlo Rozenko believes that the draft pension reform, unveiled on 17 May by Prime Minister Volodymyr Groysman, needs serious amendment. "We all see, it's not a secret that there are a lot of comments to this version of the pension reform, including from ministers, people's deputies, experts, specialists. I think that the draft pension reform should be substantially finalized," Rozenko told journalists during a Kyiv meeting of the National Tripartite Social and Economic Council on Monday.

The official says it is incorrect that the draft pension reform does not provide for the introduction of a funded system.

"I would want to see a future-oriented pension system, because, in my opinion, revamping the existing solidarity [pension] system it is not enough," he said.

Rozenko says he has shared his vision with the Minister of Social Policy Andriy Reva, who oversees the reform.

The Cabinet approved the bill on pension reform on 17 May although the text of the document was not distributed to ministers ahead of the vote. The government said it planned to give the bill over to the National Council of Reforms, after which it would be submitted to the Verkhovna Rada.

The draft reform provides that the minimum insurance period for retirement by age will be raised to 25 years in 2018, and will be annually increased by one year to reach 35 years.

It is planned to introduce a single approach for calculating pensions based on a 3,764.4 hryvnya average salary (currently between 1,197.91 and 3,764.4 hryvnya depending on the year of retirement).