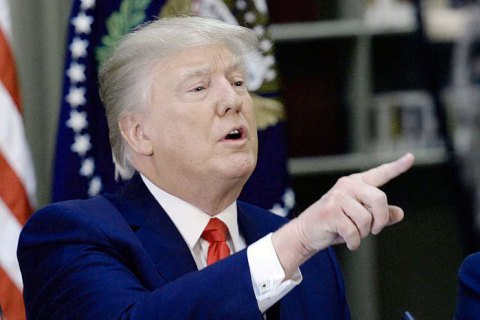 The administration of the US President Donald Trump plans to get more heavily involved in resolving the crisis in Ukraine, the Washington Post states, Washington Post' Josh Rogin wrote on May 28.

During the Oval Office meeting in March of President Donald Trump and Chancellor Angela Merkel, the head of the White House said that resolving the crisis in Ukraine is the responsibility of the EU, the US, in turn, will not intervene in this process. However, after two months, the Trump administration decided to reverse the course and reengage on Ukraine in a more significant way.

The head of American diplomacy, Rex Tillerson is looking for a person to the post of a special envoy of the State Department, who would head the new US process on Ukraine. The new envoy will have to reinvigorate a diplomatic channel with Putin's aide Vladislav Surkov, in which former Assistant Secretary of State for European Affairs Victoria Nuland took part.

The Administration of the US President will appoint a special envoy to coordinate cooperation with Ukraine, Ukrainian President Petro Poroshenko said at a press conference on May 14.

“I said, fellas you got to make peace, you got to get peace,” Trump later told Fox News.