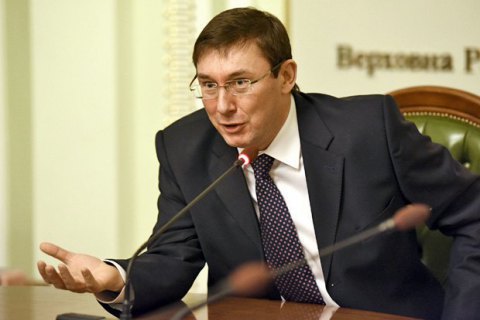 "I cannot rule out that PGO may ask the parliament to allow investigating some people's deputies and incumbent ministers. This is our job. Now an investigation is being conducted against many suspects including against both incumbent and former ministers, who have been appointed to the coalition government on party quotas," Lutsenko said.

The chief prosecutor did not name the investigated ministers.

The current Ukrainian government consists of 24 members, including the prime minister, his six deputies (two of whom are heads of ministries), the minister without a portfolio Oleksandr Sayenko, and heads of 16 ministries.