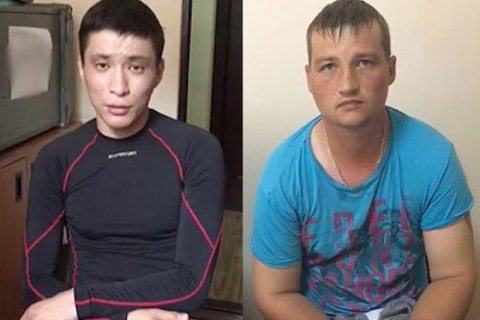 Ukrainian border guards on the night of Friday detained two servicemen of the Frontier Service of the Federal Security Service of the Russian Federation on the shore of the Perekop Bay in Ukraine's Kherson Region.

Russian servicemen moored ashore on the boat without any documents, head of the State Border Service of Ukraine Victor Nazarenko wrote on Facebook.

"The preliminary questioning established that the detainees are servicemen of the Border Guard Service of the Russian Federal Security Service, who allegedly acted as pretend border violators during the exercises but lost their way and orientation and thus found themselves on the mainland Ukraine," Nazarenko wrote.

The detained citizens of the Russian Federation are subjected to administrative procedural actions under Ukrainian.

On 24 June, ATO fighters eliminated two and captured four enemy saboteurs. Among the killed was the commander of the reco group, a cadre Russian officer Aleksandr Shcherbak. One of the captured was a member of Russian Armed Forces Viktor Ageyev.