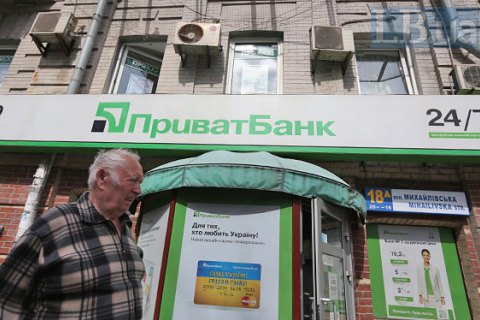 Former owners of Privatbank Ihor Kolomoysky and Henadiy Boholyubov have not yet fulfilled their obligations to bring in extra collateral, while the time-limit ends in a day, Finance Minister Oleksandr Danilyuk said an interview on the Left Bank with Sonya Koshkina talk show on Channel 24. "The stakeholders of the bank in due time committed themselves to restructure the loan portfolio, which is linked to them for six months, that is, until July 1. At the last stage, in order to speed up the processes, Privatbank attracted an adviser [Rothschild] to find a an optimal solution to this problem. The negotiations are being completed and a decision will be made based on the results [of the talks]," the minister stressed.

"At the moment, however, the commitments remain unfulfilled," he stressed and warned against jumping to conclusions.

"The Counselor is holding negotiations, I'm waiting for the position from these advisers, and after that we will make a decision," he said.

Non-fulfilment of such obligations is a crime fraught with an imprisonment for up to 5 years, Danylyuk reminded.

At the same time, the minister stressed that the inaction of Kolomoisky and Bogolyubov will hardly affect the bank's solvency, since it has been recapitalized by the state.

Last December, Privatbank was transferred into the state ownership, as the previous owners brought it to insolvency. The Ministry of Finance and the National Bank said Privatbank needed an injection of capital at 148 bn hryvnia.

In the course of the negotiations on the nationalization of Privatbank, the government agreed to restructure the loans of Kolomoisky and Bogolyubov for ten years with a quarterly payment of interests, provided that the former stakeholders add extra collateral.