The first vice-president of Gorshenin Institute Viktor Sokolov delivered a report within the framework of the "Cyberspace Security: Opportunities and Challenges" panel at the CICA International Forum (Conference on Interaction and Confidence-Building Measures in Asia), which was held in Beijing on June 28–29.

During the speech, the first vice-president of Gorshenin Institute stressed that the rapid development of technologies led to the fact that "even a nuclear threat may turn out to be secondary, in comparison with the threat of the use of cyber weapons". 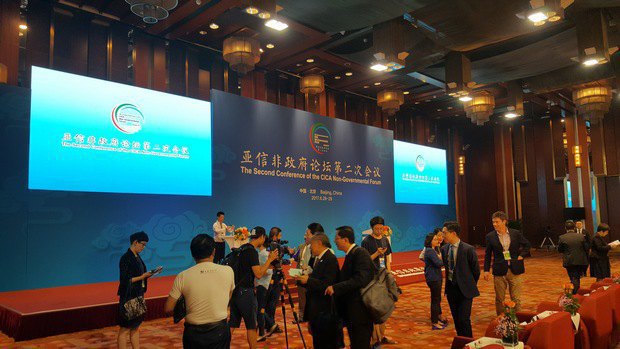 "A digital bomb is no longer a figment of the imagination of the science fiction writers but an entirely real story. Today, a number of countries already possess technologies and tools that allow waging an all-out cyber warfare. The club of these countries may be completely unexpected, or even not in accordance with our present ideas and degree. The influence of countries in the world, since it is determined by intellectual resources and technologies rather than hardware, and Ukraine, with its potential in the IT field, can claim a place in this club," he said.

At present, no one has any idea how many hacker groups are on the payroll of the United States, Russia, Germany, other states or terrorist groups, such as the ISIS, and what they are capable of.

"Today such questions outnumber answers, therefore, the conduct of the negotiations and the conclusion of serious international treaties between the countries are important as never before. These treaties must regulate on new relationships in the field of cyber security, like the Nuclear Non-Proliferation Treaty or the Convention on the Prohibition of Chemical Weapons. The signing of these treaties allowed turning nuclear weapons from the weapons of threats into the weapons of deterrence. Today, we need a new comprehensive strategic agreement on mutual guarantees in the field of cyber security," Sokolov stressed.

In his view, such an international treaty should outline areas that are untouchable for cyber weapons, or zones where there should be serious restrictions on the use of cyber weapons. These are nuclear and dangerous chemical facilities, military and defence facilities, critical infrastructure facilities, financial sector, medicine and genetic engineering, space systems, and the political sphere. 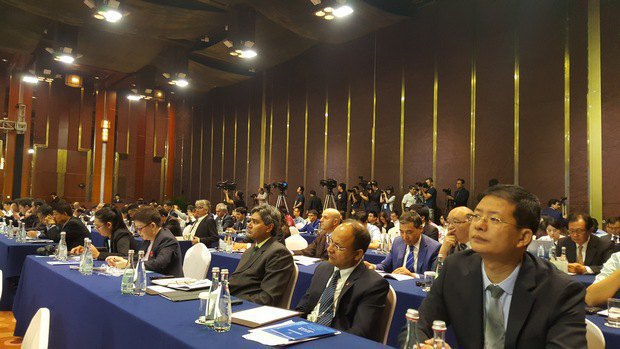 "Particularly critical is the zone of artificial intelligence. for example, there is a serious danger of using artificial intelligence systems for the purposes of terrorism. Nowadays, we see the terrorist attacks of the ISIS fighters who are driving cars into a crowd of people. London, Nice, Paris... The terrorist organization will master modern technologies and reprogram the self-propelling cars, for example, will make changes to the Tesla autopilot system," the representative of Gorshenin Institute said.

At the same time, he admitted the existence of a number of serious issues that might hinder the signing of such a treaty.

"Firstly, countries must equally understand the seriousness of the threats that the use of cyberattacks may have, sit down at the negotiating table and lay cards on the table. It takes the willingness of countries to open up. Secondly, how much these states themselves control the tools of cyber weapons? It is very difficult to prove that the attacks were made by the state or by the will of the state rather than by an anonymous group of hackers, and collect legally convincing evidence," he said. 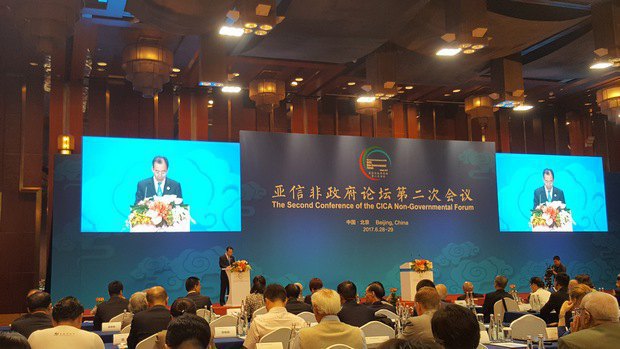 The CICA non-governmental forum was established on the initiative of Chinese President Xi Jinping at the Shanghai CICA summit in 2014.

About 300 Chinese and foreign representatives attended the two-day conference, including former high-ranking politicians, specialists and scientists, representatives of the media and non-governmental organizations of the CICA participants and observer countries.

The conference participants discussed issues related to the implementation of the concept of universal, integrated and sustainable security of Asia, the creation of a regional security architecture tailored to Asia and the promotion of the joint development of the Belt and Road initiative (Silk Road Economic Belt and the 21st-Century Maritime Silk Road).