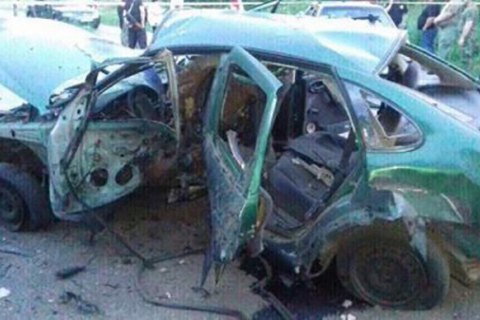 A car with SBU officers was blown up in Kostyantynivka district, Donetsk Region. One officer of the special service was killed, three were wounded.

Three victims worked in the counterintelligence department, the killed was the head of the department.

The SBU confirmed the information about the incident and reported that the case was being investigated by the military prosecutor's office.

The name of the killed was Col. Yuriy Voznyy, the SBU said.

The other three passengers of the car are in the hospital with wounds of varying severity.

Voznyy became the twenty-third member of the Security Service, who have died in the line of duty.

Col. Maksym Shapoval, an officer of the Ukrainian Defence Ministry's Main Intelligence Directorate, was killed in a car blast in Kyiv on 27 June. He was the commander of the deep reconnaissance division and was engaged in collecting evidence of Russia's involvement in armed aggression against Ukraine.

On 31 March, SBU Col. Oleksandr Kharabyush died in a car blast in Mariupol.