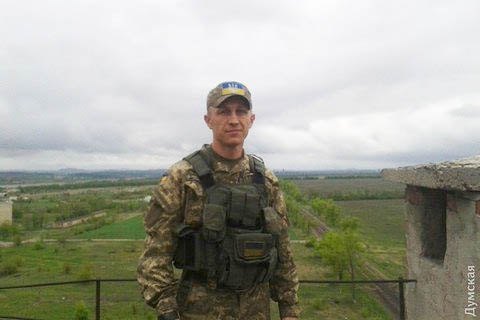 Over the past day, militants waged 35 shelling attacks at the positions of the Ukrainian military in the area of the anti-terrorist operation in Donbas. In half of the cases, the terrorists used mortars and on one occasion - artillery. A front-line settlement was subjected to enemy shelling.

"As a result of enemy attacks, one Ukrainian soldier died and three more ATO troops were wounded," the ATO press center said in a report on Thursday, 29 June.

The losses were incurred in a clash with the enemy's reconnaissance group by the 28th separate brigade, stationed in the Volnovakha district, Donetsk Region.

Oleksandr Popov,40, was killed in a blast of by a grenade launcher.

In the coastal sector, there were nine counts of ceasefire breach by the Russia-backed terrorists. Using mortars and infantry weapons, the militants fired at the ATO positions of in the vicinity of Lebedynske, Vodyane, Pavlopil, Hnutove, Krasnohorivka and Maryinka. The ATO forces stationed near Taramchuk and Talakivka were shelled with grenade launchers, mostly after sunset.

In the same sector, the terrorists on Sunday afternoon shelled residential quarters of Krasnohorivka from a 120-mm mortar. Fortunately, none of the local residents suffered.

In the Donetsk sector, the militants intensified attacks in the area of Avdiyivka, where they fired at the ATO defensive fortifications from 120-mm mortars, grenade launchers and small arms. Around 21:00 on Sunday, they fired about five shells of 122-mm artillery systems. Northeast of Avdiyivka – near Kamyanka and Novoselivka II the enemy repeatedly opened fire from mortars, infantry weapons, and anti-tank missile system and anti-aircraft gun. ATO strong points in the area of Luhanske and Verkhnyotoretske were fired at from mortars. Overall, the enemy held eleven armed provocations at this sector of the frontline.

Militants were especially active in the Luhansk sector where they used weapons on 15 instances during the day. The ATO headquarters note the relative aggravation of the situation in the area of Bakhmut motorway, where terrorists for several hours in the evening led dense fire from 120-mm and 82-mm mortars, and less powerful weapons shellin the positions of Ukrainian troops near Krymske, Tryokhizbenka and Shchastya.