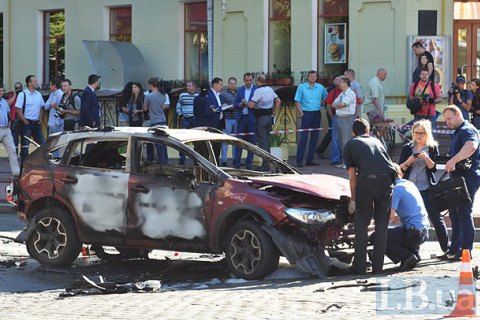 Prosecutor-General Yuriy Lutsenko admitted that that there has been no serious progress in the investigation into the murder of journalist Pavel Sheremet.

"Unfortunately, there is no serious progress in the Sheremet probe," Lutsenko said in a Radio Liberty interview on Thursday, 29 June.

He did not elaborate on the details of the investigation.

Pavel Sheremet was killed on 20 July, 2016 in a car blast in the center of Kyiv. The case of the murder of a journalist is being investigated by the National Police.

Pavel Sheremet is a Belarusian, Russian and Ukrainian journalist. In the 1990s and 2000s he headed the special information projects department of the Russian TV channel ORT, later - Channel One. The last five years he lived in Kyiv, worked in Ukrainska Pravda online publication and the radio Vesti.