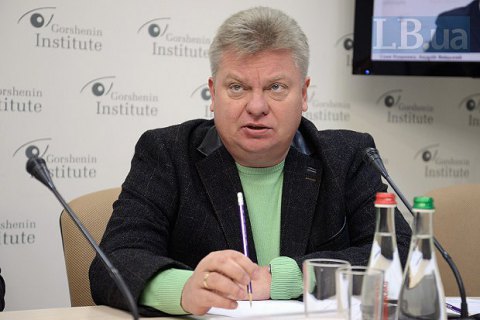 MP Vadym Kryvenko (People's Front) is confident that special order of local self-government in Donbas will unlikely be announced next year.

Speaking at a round table conference in Gorshenin Institute on Monday, 9 October, Kryvenko said he did not believe that controversial bills on the reintegration of Donbas will come into force any time soon.

"What we have voted was just a possibility [of introducing the special order of local self-government in Donbas] under certain conditions, first and foremost, the pullout of all militant forces from Donetsk and Luhansk regions. The larger bill that we are preparing for the second reading will outline tools that shall be used for the verification of such conditions," Kryvenko said.

"In our opinion, it should be two reports by interior minister and the minister of defence. Only based on such reports the president will signed the decree [introducing special status.] There is an opinion that this decree was also approved by the Verkhovna Rada."

"Interior Minister Avakov has said he would sign had such a report only on the condition that the entire territory of the Donetsk and Luhansk regions will be controlled by the National Guard and the National Police. However, the truth is (and we have extended this law only for a year) everyone do realise that it will not happen in a year," he said.

Ukraine has adopted a law on the special order of the local government in certain areas of the Donetsk and Luhansk regions in the autumn of 2014, but suspended it in the spring of 2015, The law provides that the special status of the provisions will come into force after the holding of democratic elections and the withdrawal of militants. At the same time, the validity of the law was limited to three years.

This term expired on October 18, 2017. Parliament extended it for a year.