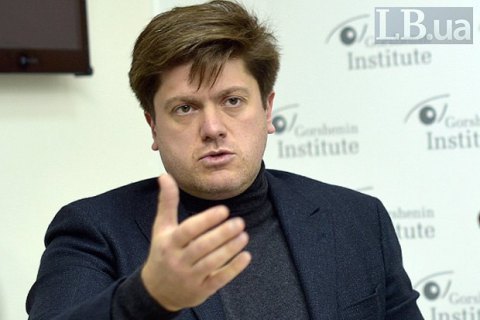 MP Ivan Vynnyk of the Petro Poroshenko Bloc believes that the Self-Help "is too loud for a party with such a small representation in the Verkhovna Rada."

Speaking to a round table conference in Gorshenin Institute on Monday, dedicated to recently debated Donbas reintegration bills, Vynnyk said he was surprised that the position of a party that has 26 seats in parliament gets so much media coverage.

"Instead of discussing the details of the bill we discuss the position of the Self-help and quote the nonaligned vice speaker Syroid. The Verkhovna Rada has 423 seats, decisions are taken by the majority of 226 votes. The Article 5 of the Constitution of Ukraine says that the only source of power in Ukraine as the people because people delegate their representatives in the parliament," said the pro-presidential lawmaker.

"If parliament passes a decision, it shall be interpreted as the will in the Ukrainian people, rather than the will or lack thereof in a particular faction," he stressed.

The lawmaker also said he was expecting that factions of the opposition Fatherland and Self-Help will try to derail the bill on Donbas reintegration by submitting a huge number of amendments for the second reading, which he described as "regulatory terrorism".

"I perceive these intentions as an attempt to disrupt the recognition of Russia as an aggressor country," he said.

Self-Help on October 5 and 6 vigorously tried to prevent the adoption of bills on Donbas. Its deputy Semen Semenchenko brought smoke grenades to parliament and lit one in the bathroom, and the other in the session hall.