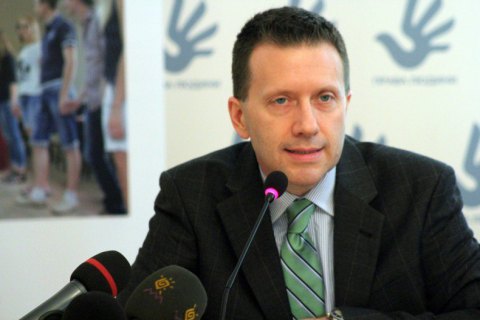 All the reforms that Ukraine carries out are very important, but the reform of the energy sector is critical for the future of the country, deputy head of USAID Mission to Ukraine, Belarus and Moldova John Pennell said Tuesday, 10 October, in an interview with the internet portal Energoreforma.

"One of the main points to keep in mind is that Ukraine was dependent on energy imports. Now the situation has improved but in order to become fully energy independent, Ukraine needs to continue the reform of the energy sector," said Pennell.

The American expert said that Ukraine has made great progress in reforming this key sector over the past three years but it should not dwell on this path.

He stressed the importance of the establishment of an independent energy regulator and the introduction of the electricity market (in accordance with the law On electric power market in Ukraine – ed.).

"Now, it is time to introduce all the normative acts that are necessary for the implementation of these laws. Need further work in the sector of electricity and gas sector," said Pennell.

He stressed that all the steps in energy reform must be done in coordination with the European Union and the US government "so that the changes meet EU standards and requirements" to help greater integration with the EU.

USAID representative agreed with the opinion that there is a risk of stopping the reform and even the restoration of the old order and the rules in the energy sector. However, he noted that the reform should become irreversible if it is accompanied with fight with corruption and the "reduction of the interests of the oligarchs."

"The energy reform must go hand in hand with the fight against corruption," the representative of the US government stressed.