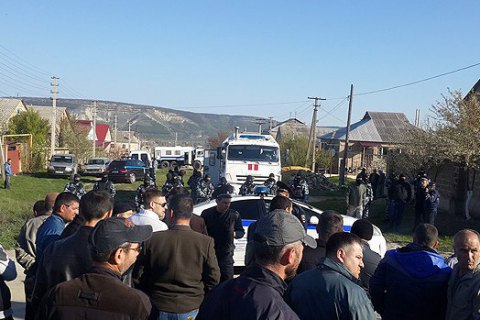 Lawyer Emil Kurbedynov described the police raids a as "round-ups."

According to the official version of the Russian occupation authorities, the FSB has stopped the activity of the organisation Hizb ut-Tahrir al-Islami in Bakhchsarai.

TASS said in a report that six people have been held on suspicion of organization of a terrorist organization and participation in its activities.

However, Crimean Tatar activists claim that more than six people were detained.

Representatives of the Islamic political organization Hizb ut-Tahrir describe its mission to unite all Muslim countries into an Islamic caliphate, but they reject terrorist methods to achieve this, and say they are being unfairly persecuted in Russia.

Russia's Supreme Court in 2003 banned Hizb ut-Tahrir and included it into the list of 15 world's most dangerous terrorist organizations.