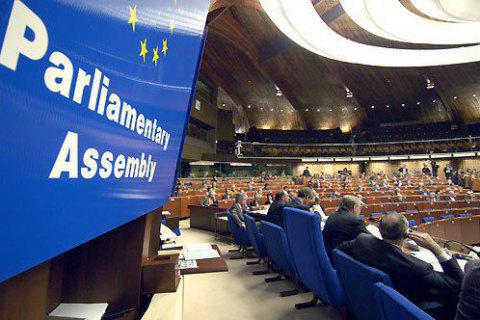 The Parliamentary Assembly of the Council of Europe by a 60 to 30 majority vote approved a decision aimed at lifting political sanctions from the Russian Federation.

The Assembly supported the resolution prepared by its next president Michele Nicoletti and rejected almost all the amendments proposed by the Ukrainian delegation.

On particular, the text of the resolution provides that the PACE and the Committee of Ministers, the Council of Europe's executive body, should "harmonize rules for the participation and representation of member states in both statutory bodies."

Earlier, some Ukrainian media suggested that this norm may be aimed to ban the PACE to extend the restrictions imposed on Russia without the consent of the member countries. In fact, the move calls into question into question PACE's right to approve any sanctions against Russia. Given that sanctions should be renewed annually, restrictions can be lifted next January.

Earlier today, President Petro Poroshenko stressed in his PACE address that Russia's behavior towards Ukraine has not changed over the past three years. "Russia continues to ignore its obligations and does not intend to return to the international legal framework," the president said .

Poroshenko expressed hopes that the newly elected President of the PACE Stella Kyriakides will not violate the principles on which the organization is based.