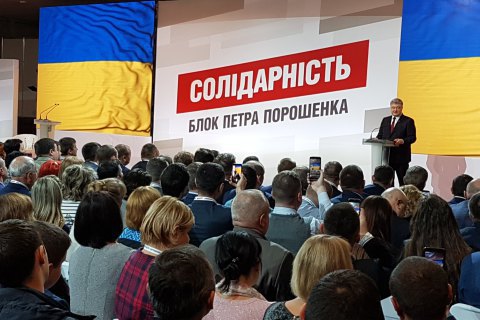 President Petro Poroshenko has said that as a result of the reform of secondary education, every Ukrainian should be able to speak the Ukrainian language.

"We have adopted a new and ambitious reform of education, which does a very important thing. [This reform] not only modernizes the process of education by making it interactive and flexible, but there is one more important thing to it - we return the Ukrainian language to Ukrainians since childhood. Yes, minorities need to be protected, but every Ukrainian will speak Ukrainian - and perhaps several other languages, no problem," Poroshenko told a forum of local communities in Kyiv on Friday, 10 November.

On 5 September, parliament passed with 255 votes the law on education, which, in particular, regulates the use of the Ukrainian language in education.

The law provides that children who go to school next year will have the opportunity to study in their native language only in elementary school. Starting from the fifth grade, all subjects should be taught in Ukrainian.

A number of neighbouring countries that have large diasporas in Ukraine expressed strong concerns about the language provisions of the new Ukrainian education law.