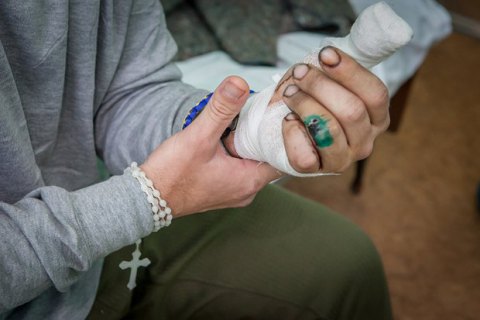 Over the past day, Russia-backed militant groups violated the truce agreement in the ATO area in Donbas 19 times. The ATO forces returned fire 12 times. Two Ukrainian servicemen were wounded in combat, the ATO press centre reported on Facebook on the morning of 10 November.

In the Luhansk sector, the militants four times used 82-mm mortars and infantry weapons to shell the defenders of Luhanske. The same kinds of weapons were used on three occasions against the ATO forces near Krymske. The enemy also fired on Ukrainian positions near Tryokhizbenka, Zolote and Valuyske.

At around 10 pm, terrorists fired 20 shells from 122-mm artillery in the vicinity of Staryy Aydar.

From the outskirts of Donetsk, militants fired grenade launchers at Ukrainian positions in the area of Avdiyivka.

In the Mariupol sectors, militants fired small arms at Slavne.

On 9 November, no casualties were reported among the ATO forces.