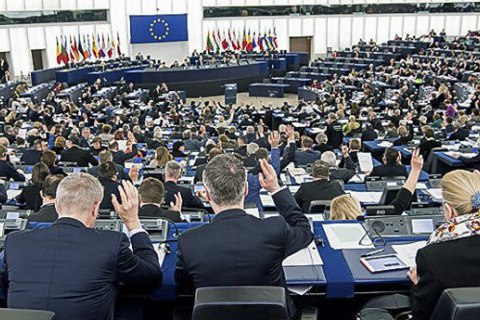 Over 519 MEPs backed the report, 114 voted against, 47 abstained, UNIAN reported on Wednesday, 15 November.

The report of the European Parliament provided for the creation of a model for the countries that have association agreements with the EU and have made significant progress in reforms that "may ultimately lead to the accession to the Customs Union, Energy Union, the Union of Digital Technologies and the Schengen zone, further access to EU internal market, integration into the transport infrastructure, the partnership in the industrial sector, an increase in participation in EU programs and agencies, and cancelling roaming charges. "

It is proposed to establish a trust fund for Ukraine, Georgia and Moldova that could focus on private and public investment in the social and economic infrastructure, while ensuring a "thorough verification" of the use of funds to prevent abuse.

The document notes the importance of supporting "concerted efforts among the EU member states in preserving the collective pressure on Russia, whose military presence in the region has recently increased, in particular by strengthening specific restrictive measures to resolve the conflict in eastern Ukraine by fully implementing the Minsk agreements," and also support of the OSCE monitoring mission in Donbas.

Restrictive measures are also offered for the resolution of the conflict between Russia and Georgia, the restoration of full Ukraine's sovereignty in Crimea, Georgia's over the occupied territories of Abkhazia and South Ossetia, and Moldova's in Transdniestria.

The report states that participation of Belarus in military exercises with Russia "West-2017", which were aimed against the European Union, was "unacceptable".

It is emphasized that the Eastern Partnership aims to create the necessary conditions for close political association and economic integration, and that association agreements with Georgia, Moldova and Ukraine are not the ultimate goal in relations with the EU.

"To acknowledge once again the European aspirations of these countries, to note that according to Article 49 of the European Union and in accordance with the Rome Declaration of March 25, 2017, any European nation can apply for membership in the EU, provided it conforms the Copenhagen criteria, principles of democracy are respected, if it respects fundamental freedoms and human rights, including the rights of minorities, and upholds the rule of law; urge Member States in this regard, to take an ambitious declaration at the Summit in 2017, which defines the respective long-term objectives," the document reads.

Last month it was reported that the declaration of the November summit of the "Eastern Partnership" will not mention a "Marshall Plan for Ukraine."