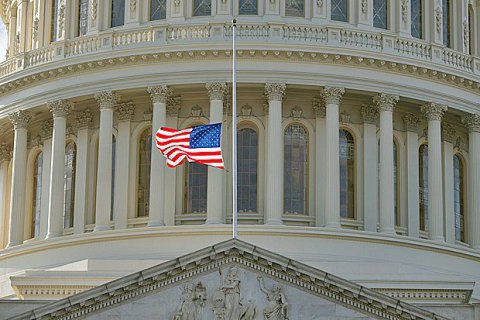 US House of Representatives on 14 November approved a bill on the defence budget for 2018 fiscal year, which authorises the allocation of 350 mn dollars in assistance to Ukraine.

The legislation was voted for 356 members of the House. 70 congressmen voted against.

Initially, the budget request of the House of Representatives on defence aid to Ukraine provided for the disbursement of 150 mn dollars, while the Senate suggested 500 mn. 350 mn dollars was compromise figure.

The Ukrainian embassy in the United States reported that the draft law authorizes to provide defensive lethal weapons the Ukrainian army. It also includes new provisions allowing the use of the US defence budget funds for the rehabilitation of wounded Ukrainian soldiers in the US health care facilities, Ukrainian education and training of health professionals in this field, as enhancing the capacity of air and naval forces.

For the first time at the legislative level, it is proposed that the US will provide Ukraine with such defensive equipment as radar air defence and surveillance over the sea surface situation; naval anti-mine equipment; and coastal action and coast guard vessels.

The bill has to receive the support of the Senate and then be signed by President Donald Trump.