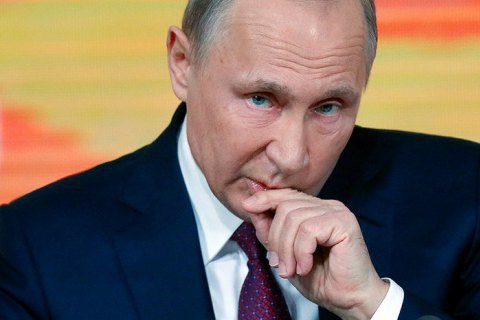 Russian President Vladimir Putin said that Ukrainian nationalists would arrange a massacre "worse than in Srebrenica" if "DPR" and "LPR" militants lay down their arms.

He alleged at a press conference on Thursday, 14 December, that "there is no Russian army in Donbas, but there are really certain military militia groups that are self-sufficient and ready to repel any large-scale military attack against Donbas."

"We believe that this corresponds to the interests of those people who live in this territory. Otherwise, [Ukrainian] nationalist battalions will arrange a massacre even worse "than that in Srebrenica," Putin said.

Russian leader referred to the Srebrenica massacre, the July 1995 genocide of more than 8,000 Muslim Bosniaks, mainly men and boys, in and around the town of Srebrenica during the Bosnian War. The killings were perpetrated by units of the Bosnian Serb Army of Republika Srpska

Putin earlier alleged a possibility of massacres in Donbas. On October 19, the Russian president at the session of the Valdai International Discussion Club said that closing the border between Russia and the unrecognized republics would may result in a situation comparable to Srebrenica.

Meanwhile, according to the Ministry of Defence of Ukraine, there are up to 5,000 servicemen of the regular Russian troops on the territory of the occupied Donbas. The total number of militants, including the regular Russian military, is over 50 thousand troops.