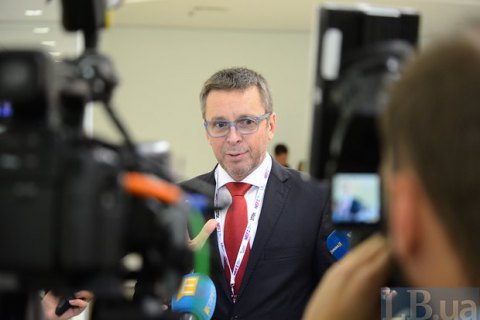 The increase in the minimum wage and pension this year did not lead to negative consequences owing to high inflation, the devaluation in 2014 and 2015, and high level of shadow economy in Ukraine, says Ivan Miklos.

Speaking on 15 December at a round table conference in Gorshenin Institute on the economy roundup of 2017, the chief economy adviser to the prime minister of Ukraine gave his perspective of the government's policy in the outgoing year.

"When the state embarks on a sizable increase in the minimum wage it is always fraught with certain risks. The specificity of the situationIn Ukraine, however, was high inflation and devaluation during the 2014 - 2015 crisis not accomapied with any increase in the minimum wage in those years. This created some space to increase wages without dangerous consequences," said Miklos.

"On the one hand, it was a definitely pressure on the economy, because it was necessary to shell out more money to pay official salaries, but on the other hand it has brought more revenue into the state budget," said Miklos.

The expert also approved of the government's steps in the pension sphere.

"It would be dangerous to raise pensions without a pension reform, but the increase in pensions was accompanied by very important pension reform. This reform brought in some viability into Ukrainian pension system that was non-sustainable from fiscal point of view and extremely unfair," said the adviser.

At the same time, the expert warned against any further drastic raise in minimum wages and pensions.

"In today's conditions, it is dangerous to think that it is possible to continue raising the minimum wages and pensions. I'm not saying that there is no space for this at all but possibilities are limited here. When the intention is higher than economy allows, it will have negative consequences," Miklos summed up.