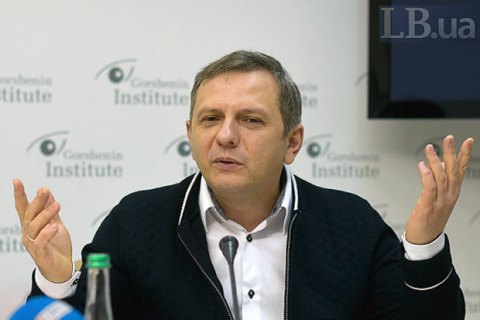 The lackluster results of the privatization of state assets adversely affect the Ukrainian economy, CEO of the International Blazer Foundation, Oleh Ustenko, told the 15 December round table at Gorshenin Institute dedicated to the economic results of the year.

The expert suspects that the recent placement of European bonds under 7.4% indicates that the country's investment ratings are fairly low, including because of Ukraine's serious shortcomings in the antimonopoly policy, effectiveness of governance, poor investment climate, lack of the rule of law, and a high level of corruption.

According to the estimates of the International Blazer Foundation, 5 to 10 bn dollars have been withdrawn from Ukraine in 2017 alone through various corruption channels.

Ustenko noted that while last year privatization failed, this year's privatization target figures have been met by around one-third.

"Ukrainian political elites behave like a dog in the manger, as if they are scared of their own desires. Lots of populists urge rthe government not to cut a chicken that carries golden eggs, forgetting that these golden eggs pass by the Ukrainian taxpayer. Put yourself in the shoes of those who receive 5 to 10 bn dollars a year to line their own pockets. It is stupid to expect they will not defend their interests," Ustenko said.

"Ukraine this year received 1.5 to 2.5 bn dollars in direct foreign investment against 10 bn dollars in annual FDI in the recent years. At that time it seemed like that was not enough. I am beginning to see it was a white streak," said the expert.

In Ustenko's opinion, Ukraine desperately needs privatization and keeping state interference to a minimum but fears that the country moves in an opposite direction instead.

"The share of GDP redistributed through the state budget, after having dropped to 38% in 2014, then inched up to 40%. In the new budget it is at 42%, and that's very alarming. Despite declaring the reduction of role of the state, the country's political elites are trying to intervene anywhere they can lay their hands on," the Blazer Foundation chief concluded.