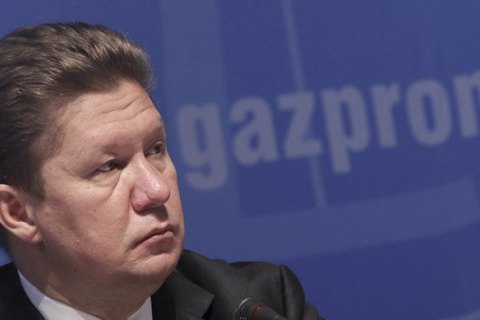 The Russian gas monopoly Gazprom has sent an application to the Stockholm arbitration to terminate contracts with the national oil and gas company Naftogaz Ukrayiny on the supply and transit of gas across the territory of Ukraine, according to Interfax-Ukraine.

Gazprom said that negotiations with Naftogaz on the matter had been in vain.

"Gazprom is ready to discuss with Naftogaz Ukrayiny gas transit after 2019. However, Ukraine should justify the economic feasibility of transit through its territory," Gazprom CEO Aleksey Miller said.

The press service of Naftogaz Ukrayiny said later that the company was prepared for a new litigation in the Stockholm arbitration.

The company noted that the contracts, which expire in late 2019, do not allow one party to unilaterally terminate them. Termination in advance would require the consent of both parties or an arbitration decision.

"By the way, an appeal against an arbitration resolution does not stop its action. Gazprom still owes us 2.56bn dollars plus interest," Naftogaz recalled.

The company recalled that the previous trial was initiated in 2014 and was completed in 2017-2018. Thus, the company hinted that Gazprom would not have time to terminate the contracts before the expiry of their term.