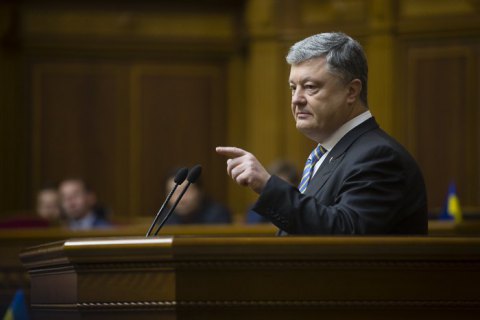 Presidential bill No 8297, which suggests that Ukrainians who took part in elections in Russia-annexed Crimea should be stripped of citizenship, has been registered with the Ukrainian parliament.

According to the document, the acquisition of Russian citizenship by Crimean residents as a result of illegal actions by the occupying administration (Russian state bodies and controlled self-proclaimed bodies usurping power) will not be considered as voluntary. However, it will be considered voluntary and will become the basis for the loss of Ukrainian citizenship in case of using electoral or other rights granted by foreign citizenship, which is confirmed by the data of public registers or official publications and websites of state bodies or local self-government bodies.

Also, the basis for the loss of citizenship of a foreign passport during the arrival in/departure from Ukraine, as registered by the State Border Service or another state agency.

The acquisition of Russian citizenship by Crimeans and participation in elections are described in a separate clause of the draft law. There is also a clause which says that participation in foreign elections or the use of a foreign passport in Ukraine are recognised as the basis for the loss of citizenship for all citizens of Ukraine.