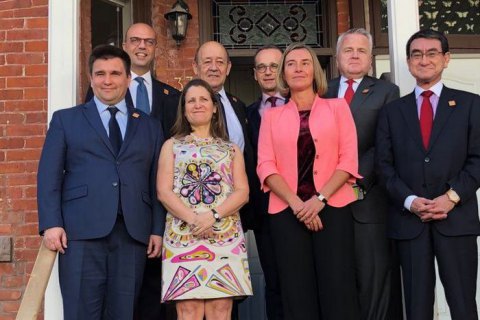 G7 foreign ministers understand that Russia will continue to destabilise Ukraine, so assistance to Ukraine is crucial for all the G7 countries, the Ukrainian foreign minister noted.

The parties also discussed the assistance of G7 countries in reforming Ukraine. "We agreed to think about some formats, how to increase the role of G7 in repelling these threats and in further facilitating the reforms. I cannot disclose some ideas as they are under consideration of the [G7] presidency, but I think they will be promoted in a couple of months," Klimkin added.