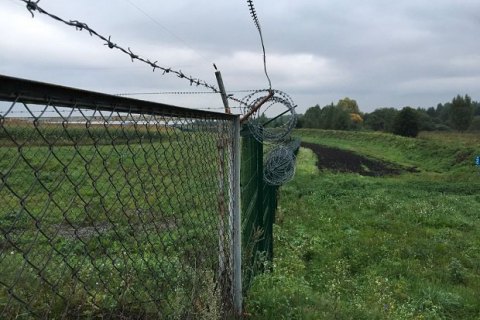 Ukrainian President Petro Poroshenko has signed the law tightening control over the crossing of the state border, including in the antiterrorist operation area and Crimea, the presidential press service has reported.

The law amends the Administrative Code by cancelling punishment in the form of an arrest for up to 15 days for trespassing the state border and violating the rules of entry to or exit from the temporarily occupied territory. It is replaced with a fine of up to 70 untaxable minimum incomes (1,190 hryvnyas).

Foreigners and people without citizenship will have to pay a fine from 100 to 300 minimum incomes (1,700-5,100 hryvnyas) if they violate the rules of entry to Ukraine.

Since 1 January 2018, border guards have been collecting biometric data of foreign visitors, including from Russia, and sending it to the National System of Verification and Identification of Ukrainian citizens, foreigners and people without citizenship. This system allows authorities to monitor foreigners' stay in Ukraine. It also has access to Interpol's databases.