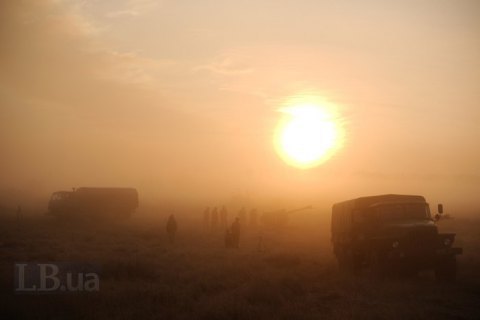 Three Ukrainian servicemen were wounded and two sustained combat injuries as the Russian occupying troops carried out 52 attacks in Donbas, according to the antiterrorist operation (ATO) HQ press centre.