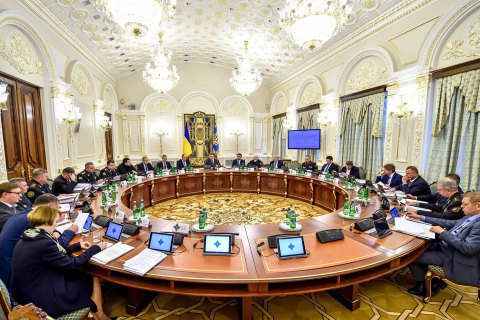 At its meeting on 2 May, the National Security and Defence Council (NSDC) upheld the initiative to stop Ukraine's participation in CIS coordinating bodies, the NSDC press service has said.

"The NSDC has also supported the initiatives to stop Ukrainian representatives' participation in CIS bodies and instructed the Ukrainian Foreign Ministry to take due measures to stop certain intergovernmental agreements," it said.

In April, President Petro Poroshenko asked the Cabinet of Ministers to prepare proposals on stopping Ukraine's participation in the CIS founding bodies and closing the country's representative office.

As reported earlier, on 2 May, the NSDC introduced sanctions against Russia over its aggression against the state, which were synchronized with the USA.