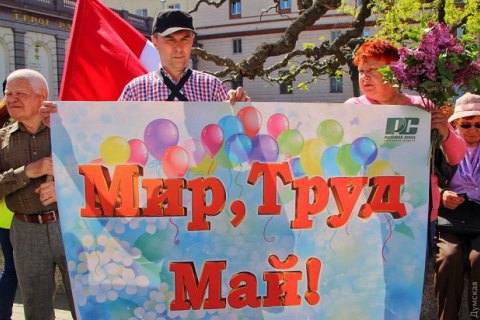 Several dozen pro-Russian activists, most of them older people and pensioners, held a 1 May rally outside the Opera Theatre in Odesa, the local news website Dumskaya has reported.

After the rally, they attempted to march towards Kulykove Pole but were stopped halfway by pro-Ukrainian activists. After a heated argument, they decided against continuing the march. 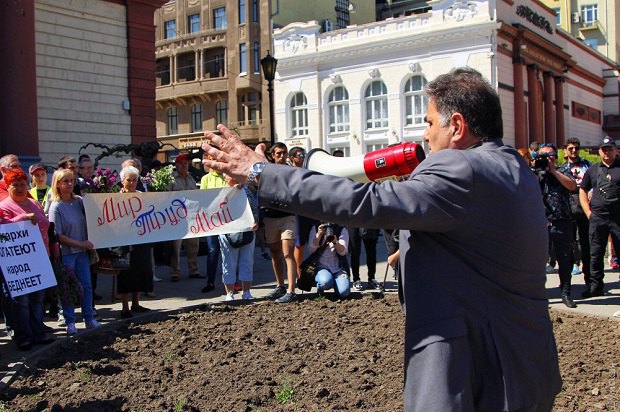 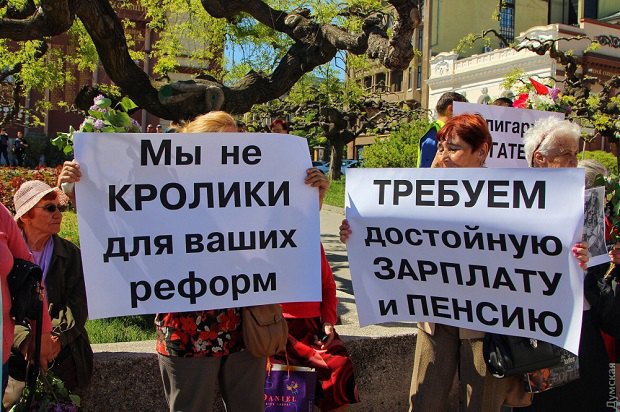 Earlier on 1 May, well-known right-wing activist Serhiy Sternenko was wounded in the neck with a rubber bullet.