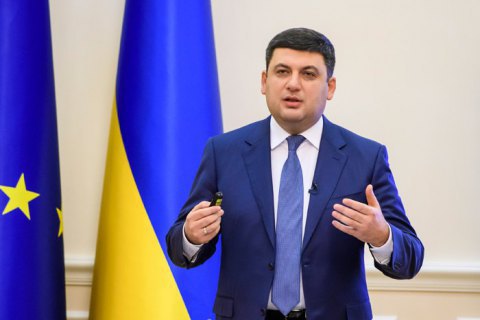 "If you take the law on the cabinet, you will see that the executive has very limited power to pass decisions. The Ukrainian legislation is very regulated, on the one hand, and there is a dualism of powers, which is also a problem, on the other hand," Groysman said in an interview with the Interfax-Ukraine news agency.

He suggested that it was necessary to assign competences to each level of power, beginning with local self-government at the level of community, district and region.

He added that it was necessary to adopt the new laws "On the Cabinet of Ministers of Ukraine" and "On the powers of the Prime Minister."

According to Groysman, more authority to pass decisions will come with greater responsibility.

Earlier Groysman said that he considered the powers of the prime minister and the government to be much smaller than the tasks facing the executive power.