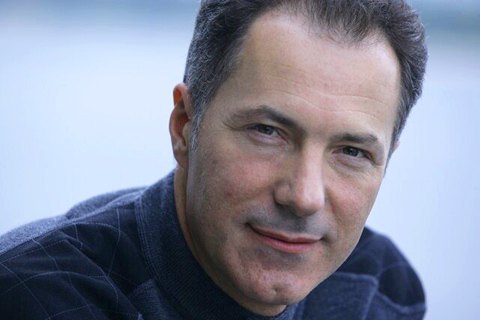 The former minister of transport and communications in President Viktor Yushchenko's government, former MP from the Party of Regions (2012-2014), Mykola Rudkovskyy, was detained in Dubai by the local migration service for carrying a fake Iraqi passport, LB.ua has learnt from its sources. According to the sources, the detention took place in early April. The ex-MP was in a local prison two-thirds of the month. His current status in the case is kept confidential.

However, after the incident, the ex-MP did not request help from the Ukrainian consular service because, according to people close to him, he does not plan to return to Ukraine, which he has not visited since 2014.

Rudkovskyy was allegedly arrested for carrying a fake Iraqi passport. During the detention, several more foreign passports were found on him.

He was issued with a biometric passport by the Ukrainian embassy in one of European states in 2017. By that time, he had had two Ukrainian foreign passports (both issued in 2012), one with Schengen visas and the other with the US B2 visa (travel). When he was issued with a biometric passport, one of the two, which had Schengen visas, was confiscated as required by law. There was a valid Iraqi visa in the second passport, which he travelled on several times.

According to media reports back in 2013, Rudkovskyy planned to engage in oil production in Iraqi Kurdistan. However, his plans did not work out because of his disagreements with the government of the autonomy. As reported, Rudkovskyy has recently been engaged in the construction of a liquefied gas pipeline in Iraq, for which hefty Russian investments were raised.

He also had problems with Ukrainian law enforcers. He was wanted by Interpol in the case of the abduction of Naftohazvydobuvannya ex-head Oleh Seminskyy. The company was once owned by Rudkovsky and Opposition Bloc MP Nestor Shufrych. Seminskyy was kidnapped in 2011 and released only five years later. Rudkovskyy was mentioned among the suspected masterminds of the kidnapping.

When the Prosecutor-General's Office was headed by Viktor Shokin, Rudkovskyy was removed from the search for Interpol. Reports about his name being on the Ukrainian wanted list are being checked.

LB.ua is trying to reach Rudkovskyy's brother Serhiy for comments.