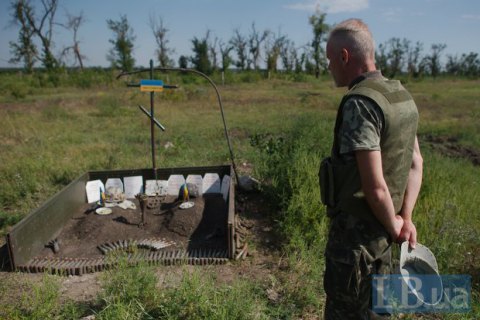 Two Ukrainian servicemen were killed in the Joint Forces Operation area in Donbas on 28 June, the press service of the 24th detached motorized brigade named after King Danylo has said on Facebook.

Militants of the self-proclaimed Donetsk People's Republic were firing with 120-mm mortars and 122-mm self-propelled artillery systems at the brigade's strongpoints near the Pivdenna (Yuzhna) mine from 9.30 to 10.40 a.m. They released 52 mortar bombs and 25 shells.

On 27 June, three Ukrainian servicemen were killed and three wounded.