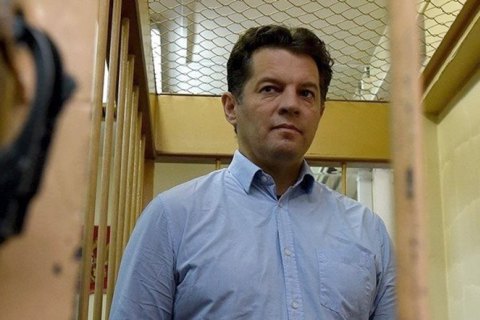 "The consul managed to father in the Lefortovo remand centre. He feels okay, if I can put it this way, considering all the conditions in which he has been for almost two years," she said.

The Ukrainian journalist is seeking a permit to be able to communicate with his family over the phone.

"He says hi. He has filed an application for a permit to call his family but nobody knows when it is going to be granted," she said.

On 4 June, the Moscow city court found Ukrainian journalist Roman Sushchenko guilty of espionage and sentenced him to 12 years in a high-security colony, the RIA Novosti news agency has reported.