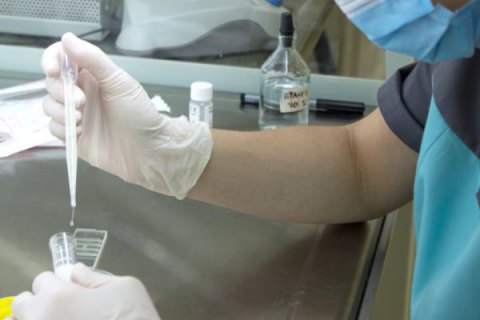 The Prosecutor-General's Office and the National Police of Ukraine have accused the Kyiv-based reproductive health clinic, Biotexcom, of trading in newborns.

The medical centre was founded by a Moldovan citizen in 2010. In 2011, an infertile couple from Italy turned to the centre to use the services of surrogate motherhood in Ukraine. They had a baby which they registered as their own and took to Italy.

"The ratio was similar in all cases, of which there were over 1,000 in Ukraine," Prosecutor-General Yuriy Lutsenko said.

He added that the baby was conceived without the couple's biomaterial. In fact, they took someone else's baby in violation of all regulations.

This transpired when they returned home where they were accused of falsifying the evidence of the birth. The baby was sent to a boarding house.

Prosecutors declared a representative of the Biotexcom centre a suspect in the human trafficking case while the chief doctor is suspected of forging documents related to human trafficking," Lutsenko said.

He suggested that such cases call for the adoption of a law on surrogate motherhood.