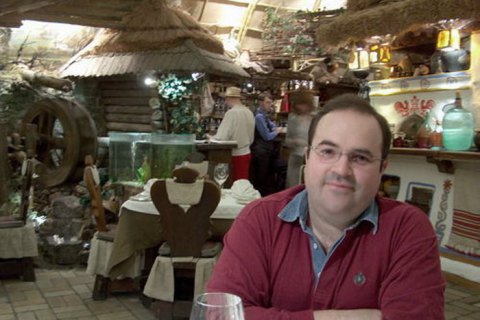 Kyiv businessman Borys Herman, who is suspected of organising an assassination attempt on Russian journalist Arkadiy Babchenko, has pleaded guilty and struck a deal with investigation, Censor.Net has reported quoting several sources.

The terms of the deal have not been disclosed.

Prosecutor-General Yuriy Lutsenko confirmed that Herman was cooperating with the investigation.

"In his testimony, Mr Herman has in fact confirmed the version suggested by our investigation. In particular, he pointed directly at a Russian Federation representative who transferred money and issued instructions on how to use them," he said.

On 29 May 2018, Babchenko was reportedly shot dead in his apartment in Kyiv.

Security Service of Ukraine chief Vasyl Hrytsak said at a follow-up briefing on 30 May that the assassination was staged to prevent the killing of Babchenko and other potential targets.

Hrytsak said Herman had offered $30,000 to an acquaintance who served in the antiterrorist operation in eastern Ukraine to assassinate Babchenko. Herman was said to have paid a $15,000 advance for the crime.