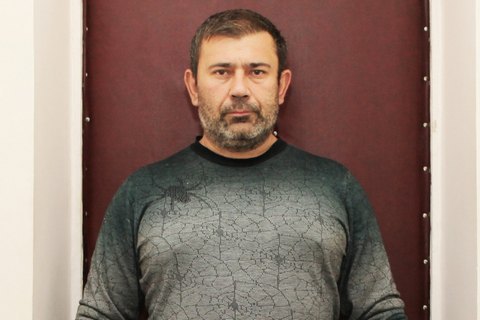 A Russian court has sentenced Ukrainian national Roman Ternovskyy to two years and three months in a regular security penal colony, the Russian Investigations Committee has said on its website.

He was found guilty of extremism because he was among people blocking the passage of lorries from Russia through the Hoptivka checkpoint in Kharkiv Region in February 2016, resisting Day of Russia celebrations at the Russian consulate general in Kharkiv and distributing information about the right-wing Right Sector movement.

A Russian court found his actions to be detrimental to Russia.

In October 2017, the Russian Investigations Committee said it detained a Right Sector member, Roman Ternovskyy, in Rostov Region. Some branded clothes and other personal belongings were allegedly found in his place, after which he was detained.

The Right Sector said that Ternovskyy had never been its member but shares the ideas.