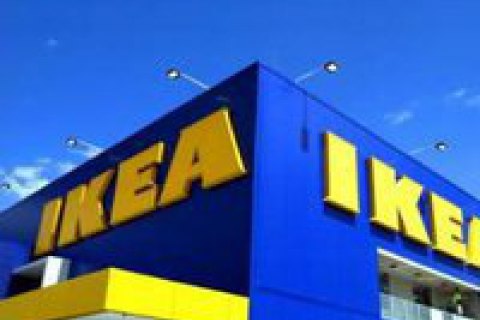 Sweden's IKEA, the largest furniture and household goods retailer in the world, has officially announced the opening of a first store in Ukraine in the city store format in the shopping and entertainment centre Ocean Mall in 2019.

"The company will open its first store of the new city format in Kyiv in 2019. It will be one of the first IKEA city stores in the world... along with France, the U.K., Denmark, the United States and China. The store in Kyiv will be located in the shopping and entertainment centre Ocean Mall," the press service of the company said.

According to the announcement, the new format of the stores is smaller in size and located in the central part of the city to satisfy the demands of modern consumers who want to make purchases closer to home, as well as online.

"Taking into account the results of the market and consumer preferences study, our team has chosen the most favourable business model, which will enable IKEA to implement plans in Kyiv in the near future. In the new store of the city format, our buyers will get acquainted with the new IKEA approach to creating a comfortable life for as more people as possible," IKEA Southeast Europe CEO Stefan Vanoverbeke said.

As reported, the report of the Swedish retailer for 2017 says that the company is testing a new city store format, one with a smaller area and closer to the city.

As was announced earlier, IKEA plans to open stores with an area of up to 5,000 square meters in Warsaw's Blue City shopping and entertainment mall (Poland) and in the centre of Paris (France). They will stock a smaller assortment of goods, with emphasis shifted to online commerce services.

In December 2017, IKEA announced plans to open the first facility in Kyiv within two years.

According to the press service, the development of the network in Ukraine will be under the aegis of IKEA Southeast Europe, which is part of the IKEA Group (Ingka Holding B.V.). The company is engaged in retail business IKEA in Croatia, Serbia, Romania and Slovenia.

Swedish IKEA is one of the world's largest retail chains for furniture and household goods.

The owners of the IKEA Group are Ingka Holding B.V. and structures under its control.