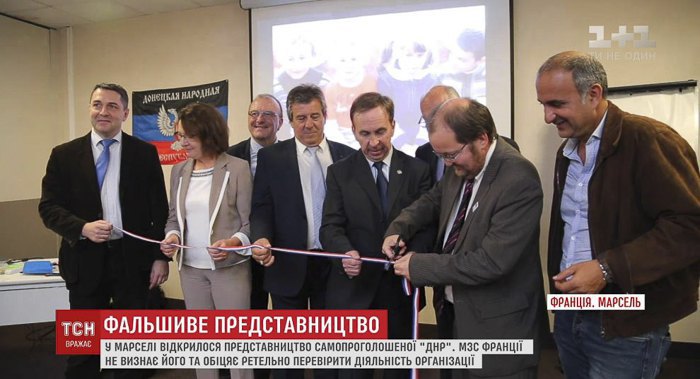 The highest tribunal of the city of Aix-en-Provence cancelled the hearing in the case on the cancellation of registration of the "DPR official representative office" in France three times: in January, March and April 2018. The delays were initiated by the claimant, the founder of the "representative office", Hubert Fayard, and his lawyer.

They used these manipulations to protract the process, which allowed the accused to mobilize their efforts and transform the legal aspects of their activities. The hearing of the case which was "stretched over time" also contributed to the loss of political interest by the parties concerned.

And so on 6 September 2018, the highest tribunal of the city of Aix-en-Provence convened a meeting to discuss the cancellation of state registration of the "DPR official representative office" was held. But in the end, the court refused to uphold the claim filed by the main plaintiff, the Ministry of Europe and Foreign Affairs of France, and to cancel state registration of the "DPR official centre in France". French judges did not see any violations of the 1964 Vienna Convention in the activities of the association, neither did they find any facts of usurpation of consular powers by the "DPR representative office".

The organizers of the representative office used the delay in the process to conduct a special audit of its activities with regard to violations of the current French and international legislation. As a result, the pause was used to prepare a package of documents for state registration of a new legal entity.

So, on the eve of the trial, the same founder of the "DPR official representative office" in France, Hubert Fayard, registered two more legal entities whose declared activity poses a threat to the interests of Ukraine. 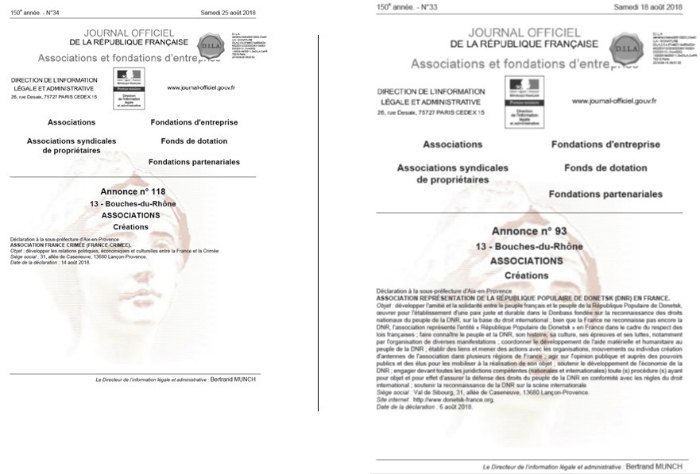 Acts of registration of the new associations: the representative offices of the DPR and Crimea in France

It is worth noting that the new associations no longer use the concept of an "official representative office", which would be a direct violation of the Vienna Convention. This time everything is in line with the time-tested law, France has had the association agreement since 1901.

At the same time, the future activity declared in the national register of associations is a direct threat to the national security, territorial integrity and sovereignty of Ukraine.

Both associations registered with the Prefecture of Aix-en-Provence use the same legal address: Valde Sibourg, 31 Allee de Caseneuve, 13680 Lancon-Provence. The notices of registration were published in the Official Journal of France on 18 and 25 August 2018, No. 33-34 (issue #150). The declaration also mentions the website http://www.donetsk-france.org , which belongs to the current "official representative office of the DPR" in France.

The declared goal of Kremlin institutions in France is, first of all, "friendly and diplomatic support for the DPR people" at personal and official levels. According to the Office of Legal and Administrative Information under the French prime minister, the association was set up to "develop friendship and solidarity between the French people and the people of the Donetsk People's Republic", "pay efforts to establish a lasting peace in Donbas based on the recognition of national rights of the DPR people on the basis of international law".

In addition, "considering that France has not yet recognized the DPR, the association is a subject of the "Donetsk People's Republic" in compliance with French law". It also "carries out activities aimed at studying the DPR people, its history, culture, hardships and struggle, in particular through the organization of various manifestations (activities)".

It is also planned to "coordinate the development of the direction of material and humanitarian assistance to the DPR people; establishing links and conducting activities with organizations, movements, or individuals who create branches and associations in different regions of France".

Members of the association plan to "influence public opinion, as well as carry out activities under the auspices of public offices, with elected officials, mobilize them to achieve our goal; support the development of the DPR economy; act as a representative at any organization of legal competence (national and international) on any judicial proceedings (procedures, meetings) the purpose and result of which is to protect the rights of the DPR people in accordance with the current legislation; support the recognition of the DPR at the international level".

Nine people were directly involved in the establishment of the above-mentioned associations, seven of whom constantly work in France, one is in the temporarily occupied territories in eastern Ukraine. The last one acts as a "link" and travels between France and the DPR.

The organizing committee of the "DPR representative office in France"

Other people involved in the establishment of the association are Marc Pujol, who is Christine Pujol's husband, Christian Camisuli, who is responsible for the domestic and foreign policy sector of the "DPR official representative office", Jean-Francois Pierre, who, according to the charter of the association which was founded first, has the right to organizational co-chairmanship, S.Kisilyova, the president of the anti-Ukrainian NGO Novopole, who pretends to be a Russian journalist and acts as a liaison officer, as well as Erwan Castel, who is permanently based in the DPR and serves as a personal guard of Hubert Fayard whenever the latter visits the temporarily occupied territories of eastern Ukraine.

It is obvious that these persons, regardless of their citizenship, should be in focus of the most careful attention from the special services of those countries in Europe where the degree of interest and influence of Russia remains high.

Not on the cards

In the minds of the Russian "supervisors" of the above-mentioned "associations" there is a fairly simple practice of forming entities, which is effective in the post-Soviet space: if there are problems with one legal entity, you should open two more with a different form of ownership, preferably with other names and owners. This guarantees the sustainability and further development of any organization, even a controversial one.

The new aforementioned associations are registered as public organizations and, in accordance with French law, their creation does not require any consent of the state, except for mandatory registration fees and procedures (something like registering as a private entrepreneur).

The press secretary of the French Foreign Ministry has already commented on the court's decision in the media, noting that France officially does not recognize the "DPR representative office" and that its employees have no diplomatic immunity and privileges from France, that is, they are not official state representatives of France.

At the same time, the use of loopholes in French law for the development and support of the "DPR official representative office" based on its agent network and Putin supporters only confirm the short-term plans of the Kremlin and its special services to continue to support Russian-terrorist forces in Donbas, preserve an armed conflict in eastern Ukraine and the occupation of its territories. 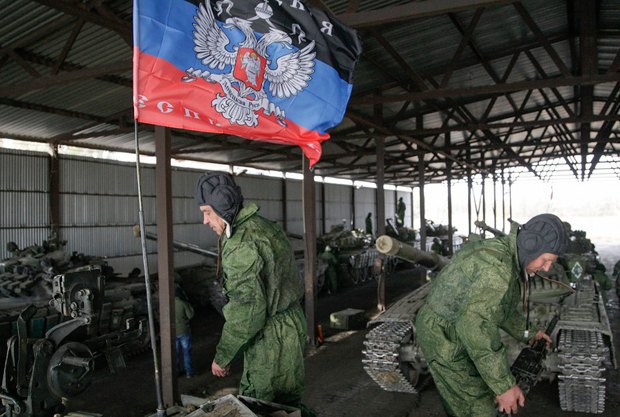 Prosecutors are likely to appeal the 6 September court ruling. But after the Representative Association of the DPR in France got register, any further trial lost any sense. The DPR terrorist cell in France will effectively continue its anti-Ukrainian activities, using a new legal form.

Given the modified name and declared goal of the newly created association, it is impossible to apply a legal precedent and quickly close it. The only legal way is to initiate a new claim through the state bodies of France, which, as practice shows, is a complex and lengthy process and can take anywhere from 1 to 1.5 years.

Therefore, such "hybrid" methods of war will require the French authorities to come up with "hybrid" solutions to new challenges - if, of course, France in fact, and not just in words, is going to fight the Russian destructive influence at least on its territory, not to mention in the EU. After all, the activities of Kremlin "agents of influence" are not limited to France alone. The Russian special services use "their people" where Moscow has an interest in destabilizing the situation using someone else's hands: whether it be Germany, Serbia or the USA (where ordinary incidents where the injured party is black Americans are blown out of proportion to the level of mass acts of disobedience, thereby exacerbating the problem of racial discrimination) or even in Africa.

The lenient attitude of the French judiciary towards representatives of terrorist organizations provides an example for other countries too: how to use legal cover to stimulate separatism in order to undermine the EU from within. And there are plenty of potential sources of instability in Europe itself (Corsica in France, Catalonia in neighbouring Spain, etc.). Moreover, France is already the fifth European country where Russia-controlled DPR militants are trying to open their "representative office". Previously they did it in Greece, Finland, Italy and the Czech Republic.

And do not say later that you have not been warned.