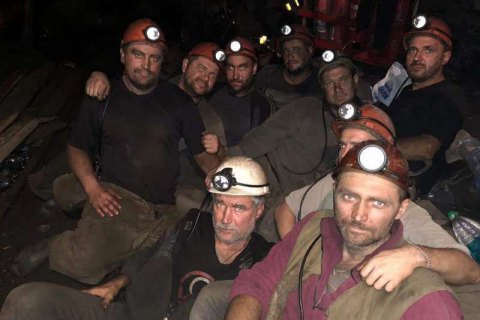 Sixteen miners at the Kapustin mine near Lysychansk in Luhansk Region have stayed 600 m underground for 10 days now, protesting against four-month-long wage arrears, Hromadske has reported.

An independent trade union leader said they accuse the director of the Lysychanskvuhillya coal association of "driving the company to bankruptcy".

They also suspect him of selling off the company's equipment.

There are health risks to the striking miners. Two have already been admitted to hospital.

According to the trade union leader, they are under pressure from the management.

Earlier, the Finance Ministry said it had allocated 220m hryvnyas to pay off the arrears.

The chairman of Miners' Independent Trade Union of Ukraine, Mykhaylo Volynets, said there was a rockslide close to where the miners were staying but they have two exits.