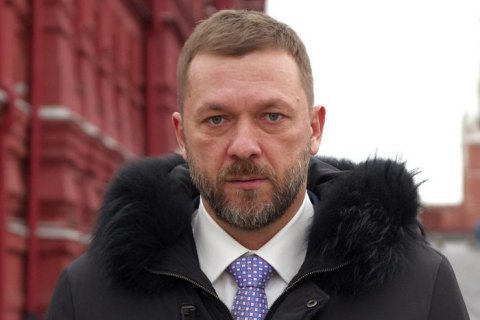 The court conclusions were published on 17 December.

The court found Donetsk-born Russian Col Roman Komissarov guilty and sentenced him to 15 years in prison in absentia. Having previously served in the Russian FSB border troops, he had been taking part in hostilities in Donbas since 14 May 2014.

Komissarov joined the separatist battalion Vostok (East) commanded by Oleksandr Khodakovskyy. He was in charge of a group of saboteurs carrying out terrorist acts against Ukrainian law enforcers in Mariupol. In particular, they attacked a column of Ukrainian border guards on 14 June 2014 and set a gas tank truck on fire.

Later, the Russian colonel was in command of the militants during the battle for Savur-Mohyla on 26-29 August 2014.

In November 2014, he was appointed "the head of the security council department of the Donetsk People's Republic" and was responsible for reconnaissance in the area of Avdiyivka. From 2016 to 2 February 2017 he was an adviser to the head of "the DPR interior troops".

It was established that he coordinated sabotage activities against Ukraine with Russian MP Sablin. Both studied in the same school in Mariupol.

According to the Pogranichniki Tuvy (Border Guards of Tuva) community in the Russian social network Odnoklassniki, Col Roman Yuryevich Komissarov died in late 2017. The post did not say what caused the death.