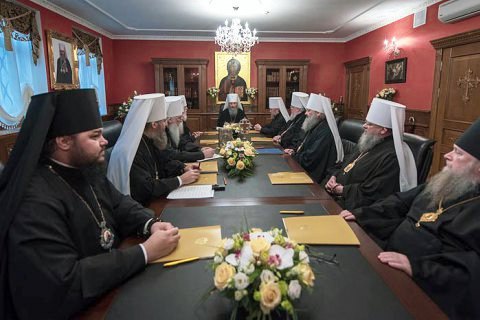 Lower-rank clergy who took part in the unification congress were also dismissed from their posts and banned from holding services.

The Pereyaslav-Khmelnytskyy eparchy will now be headed by Dyonisiy (Pylypchuk) while Borodyanka archbishop Varsonofiy (Stolyar) will head the Vinnytsya eparchy.

Earlier, Symeon announced his decision to join the newly-created Ukrainian Orthodox Church. His parish supported him. This is the first transfer from the UOC MP.