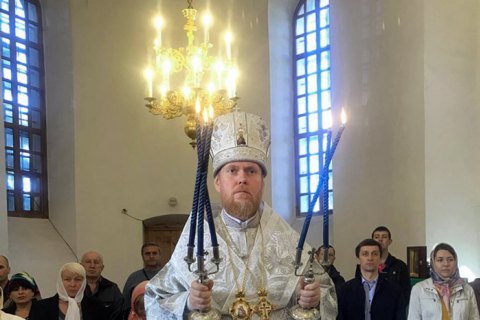 A future head of the independent Ukrainian Orthodox Church will receive the tomos on autocephaly in Constantinople on Christmas Eve, 6 January 2019, the press secretary of the UOC KP, archbishop Yevstratiy (Zorya), has said in an interview with the BBC.

On 13 December, senior clergy of the UOC KP met ahead of the unification congress. In particular, it agreed on a single candidate for the head of the future independent church.

However, the archbishop did not disclose the name of the candidate, saying it would be announced at the congress on 15 December.

Yevstratiy said that "there should be a divine liturgy, a co-service by the Ecumenical Patriarch and the primate (of the independent church) and after this the latter will receive the tomos" in Constantinople on 6 January.

On 11 October, the Synod of the Ecumenical Patriarchate supported granting the tomos to Ukraine and officially confirmed that Constantinople is the mother church of the Ukrainian church. Ukraine's bid for independent church is staunchly opposed by Moscow and local priests under its control.