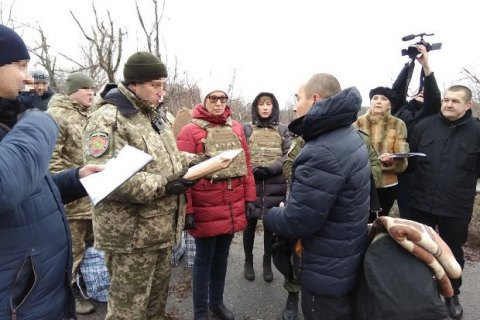 The self-proclaimed separatist Luhansk People's Republics has handed 42 convicts over to the government-controlled territory under the Minsk agreements on Donbas, Ukrainian ombudswoman Lyudmyla Denisoa has said.

"I have just picked up our convicts in Shchastya, who were held in prisons in the uncontrolled part of Luhansk Region. They expressed their desire to return to serve their sentences in the territory controlled by Ukraine through their relatives and friends or with the help of human rights activists," she said on Facebook.

She said she had received about 1,000 transfer requests.

"I would like to say once again that we are ready to accept all Ukrainian citizens without exception to further serve their sentences in the terriroty controlled by the Ukrainian government," she added.

"It is the first case of prisoners' transfer from the uncontrolled territory of Luhansk Region," Denisova noted.

In September, there were reports that at least 184 Ukrainians serving their sentences in separatist-controlled areas applied for transfer.