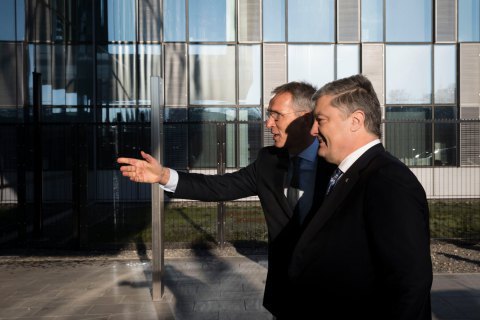 Russia’s attack on Ukrainian vessels and crews in the Sea of Azov was aimed not only at Ukraine; it was an attempt to test the entire system of Euro-Atlantic security.

“Ukraine and NATO have common assessments of Russia's aggressive actions. We are witnessing a growing threat from Russia; unfortunately, this is happening not only in the Black or Azov Seas, but also in the international waters of the Kerch Strait. Russia’s attack on Ukraine has become a test of the resilience of the entire Euro-Atlantic community. Russia has lost trust and reliability as a partner as a result of such actions, and our response to the Russian aggression in the Black Sea should be powerful,” Poroshenko said.

He recalled that Ukraine and NATO had given a coordinated response to these actions. In particular, NATO has strengthened its presence in the Black Sea, which, according to the Ukrainian president, is necessary in order to avoid further escalation and ensure security throughout the Black Sea region.

As reported, on 12-13 December, President Petro Poroshenko pays a working visit to Brussels in the framework of the European Council session.