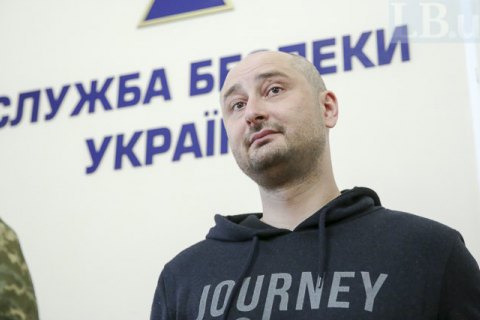 Russian journalist in exile Arkadiy Babchenko has filed a lawsuit with the European Court of Human Rights (ECHR) against the Russian Federation.

"I have filed a lawsuit with the ECHR. My lawyer is Ben Emmerson, who is also the lawyer of Marina Litvinenko, the widow of Alexander Litvinenko. The lawsuit concerns more than just the attempted murder. Fourteen pages in small font about everything. About harassment. About criminal cases," he said on Facebook.

Talking to LB.ua, he confirmed filing the lawsuit.

He does not know how long the case is going to take. "Several years for sure. This is a long story," he said.

On 29 May 2018, Babchenko staged his death with the support from the Security Service of Ukraine (SBU) and the Prosecutor-General's Office in the course of a special operation to track down the person who was ordered to kill the journalist. The order to kill him allegedly came from Russia.