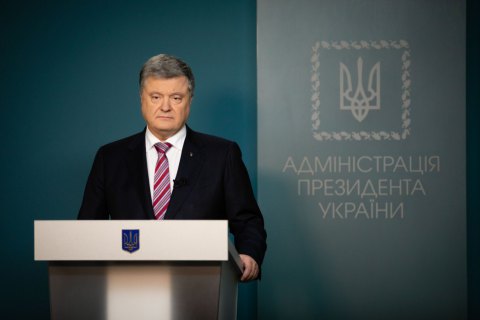 President Petro Poroshenko has signed the Law of Ukraine "On the Termination of the Treaty on Friendship, Cooperation and Partnership between Ukraine and the Russian Federation".

"The non-prolongation of the treaty with Russia should be considered not as an episode but as part of our strategy for the final breakup with the colonial past and reorientation towards Europe," he said.

"Other components of this strategy are: visa-free regime, the Association Agreement with the EU, Tomos on the creation of the Autocephalous Ukrainian church, withdrawal from the CIS, consolidation of the course of accession to NATO and the European Union, creation of a powerful, patriotic and professional Ukrainian army, support of the Ukrainian language, own history and strengthening of our national identity," Poroshenko said.

At the beginning of 2019, another 10-year term of the agreement would come to an end and Ukraine would have to formally decide whether to prolong it or terminate it. According to Poroshenko, "the choice is obvious - termination".

Petro Poroshenko also added that Ukraine had used all the options provided by this document in its national interests.