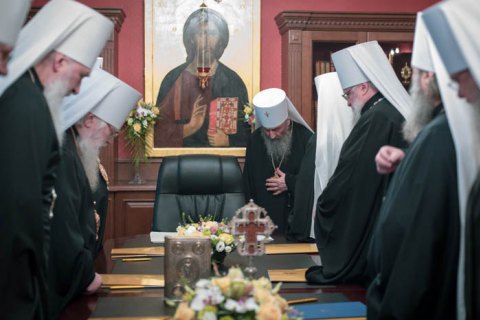 The Synod of the Ukrainian Orthodox Church of the Moscow Patriarchate (UOC MP) has declared that none of its clergy or laity is authorized to represent the church at the unification council scheduled for 15 December.

According to its press service, this decision was taken at the Synod meeting in the Kyiv Pechersk Lavra on 7 December.

The UOC MP said that Ecumenical Patriarch Bartholomew has no right to summon its archbishops to such meetings because they will also be attended by representatives of the "splinter groups".

Therefore, the episcopate, clergy, monastics and laity of the Ukrainian Orthodox Church of the Moscow Patriarchate are not blessed to participate in the so-called unification council, the Synod concluded.